Karting Season Kicks off at Kirkistown 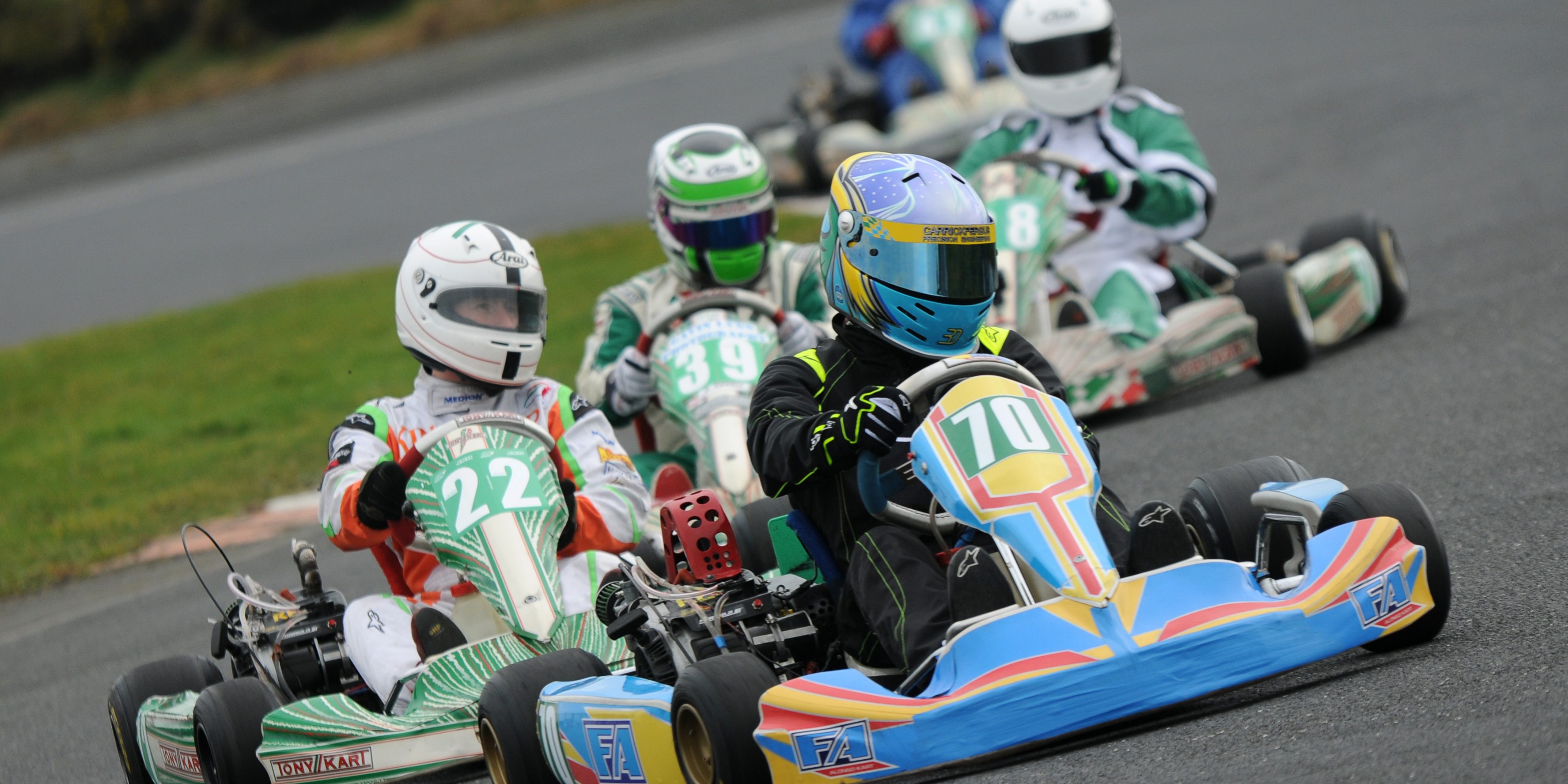 The 2015 North of Ireland Karting Season got underway at a windy and dull Kirkistown last weekend, but there was certainly nothing dull about the racing out on track, with each class putting on an eventful and action packed day to kick off the new year.

In the always competitive Senior Max class, it was the 2013 and 2014 NIKA Champions, Douglas Reid and Daniel Conlon who split the pot, taking two victories each from the four races throughout the day. Race one and the Pre-Final went the way of Conlon, with race two and the Final race of the day going in favour of Reid. Ballymena’s Jack Graham also had a solid day, taking home three podium finishes, claiming two seconds and a third from the four races, with Gary Tarkington taking the other podium spot on the day, finishing second in the Final.

In one of the most competitive classes on the day, the IAME Cadet Class, there were three different winners, with TJ McDonnell taking home two wins, Tom Edgar winning the Pre-Final, and Sé Og Martin claiming victory in the Final. The battle for victory in the class was between these three young drivers all day, but Hasely Crawford was able to break them up in race three and make it onto the podium, claiming third.

Robert Devenney had an impressive day claiming a hat-trick of victories in the World Formula Class, with Gilbert Yates being the only man to have gotten the better of the Carrickfergus driver on the day, taking the chequered flag in race two. The racing was as close as ever in the class, with Paul Prentice, Gary Arrell, and Marc Vasey all stepping onto the Podium throughout the day, in what was the biggest field of drivers on the day.

In the Honda Cadet class young Max Allen put in a fantastic performance on the day and claimed four wins from four races, with Shane O’Boyle and Chris Campbell taking home two second places a piece. Cameron Sinclair and Nicholas Wilkinson rounded off the Podium finishers on the day with each driver taking home third place finishes.

It was certainly a day to wet the appetite for the season ahead, and with a double header of Karting coming up at Nutts Corner this weekend over both Saturday and Sunday, many drivers will be out in force to continue their good form, or make the step up onto that top step of the Podium, in what is sure to be a great weekends racing.